The original inspiration for mirroring maps came from none other than Mario Kart’s infamous mirrored mode on Nintendo64. I found the mirrored tracks provided a unique sense of familiarity whilst still providing the feeling that I was playing something different and fresh that brought with it new challenges for the player. I was fascinated by the idea of it.

I first tried applying the concept of mirroring maps in the Source engine in 2006 and successfully released three mirrored versions of official Half-Life 2 Deathmatch maps – dm_lockdown, dm_overwatch and dm_steamlab.

Having played the original Team Fortress 2 maps ad nauseam for the first three years after release it was obvious to me that mirroring TF2 maps would be a fun project that the community was likely ready for. As such, Team Fortress 2 Mirrored Maps Series One was first released on 23rd November 2010.

Posted with some initial hesitation to TF2maps.net the maps were well received and the original post has now had over 80,000 views with the majority of those coming in the first few weeks after release.

Series One used only props that existed in the game. No props were mirrored and where a non-symmetrical prop was placed that didn’t have an opposite left or right version, a best-fit approach was taken. The skyboxes however, were flipped and corrected in photoshop to ensure that lighting was accurately represented.

As a result of not mirroring props, the biggest issue with series one is the inaccuracy of the rocks on stage one of Badwater. This led to an unintentional loss or change of some sniping positions that some players had been accustomed to.

Another problem with the non-mirroring of props was the roof top of the first cap on Dustbowl. If you look at the promotional poster below, you’ll notice that the tyres are now on the other side but more importantly, the roof sits above its walls under the Jenkin Coal Company sign. I noticed this several months after the release of the maps and despite the issue being in all the posted screenshots, no one seemed to notice it but me.

The series 1 maps were added to the Steam Workshop in 2015. They were updated in 2019 to resolve some minor prop issues and were finally updated with some mirrored props. The 2019 update also introduced mirroring of particles and the Dustbowl smoke stack now blows in an accurately mirrored fashion. The Badwater rocks are still an outstanding problem though. Maybe one day they’ll bother me enough to fix them too.

The first map created for the TF2 Mirrored Maps series, cp_lwopbtsud was originally released in 2010. It was updated with fixes and a series of new mirrored props in early 2019. 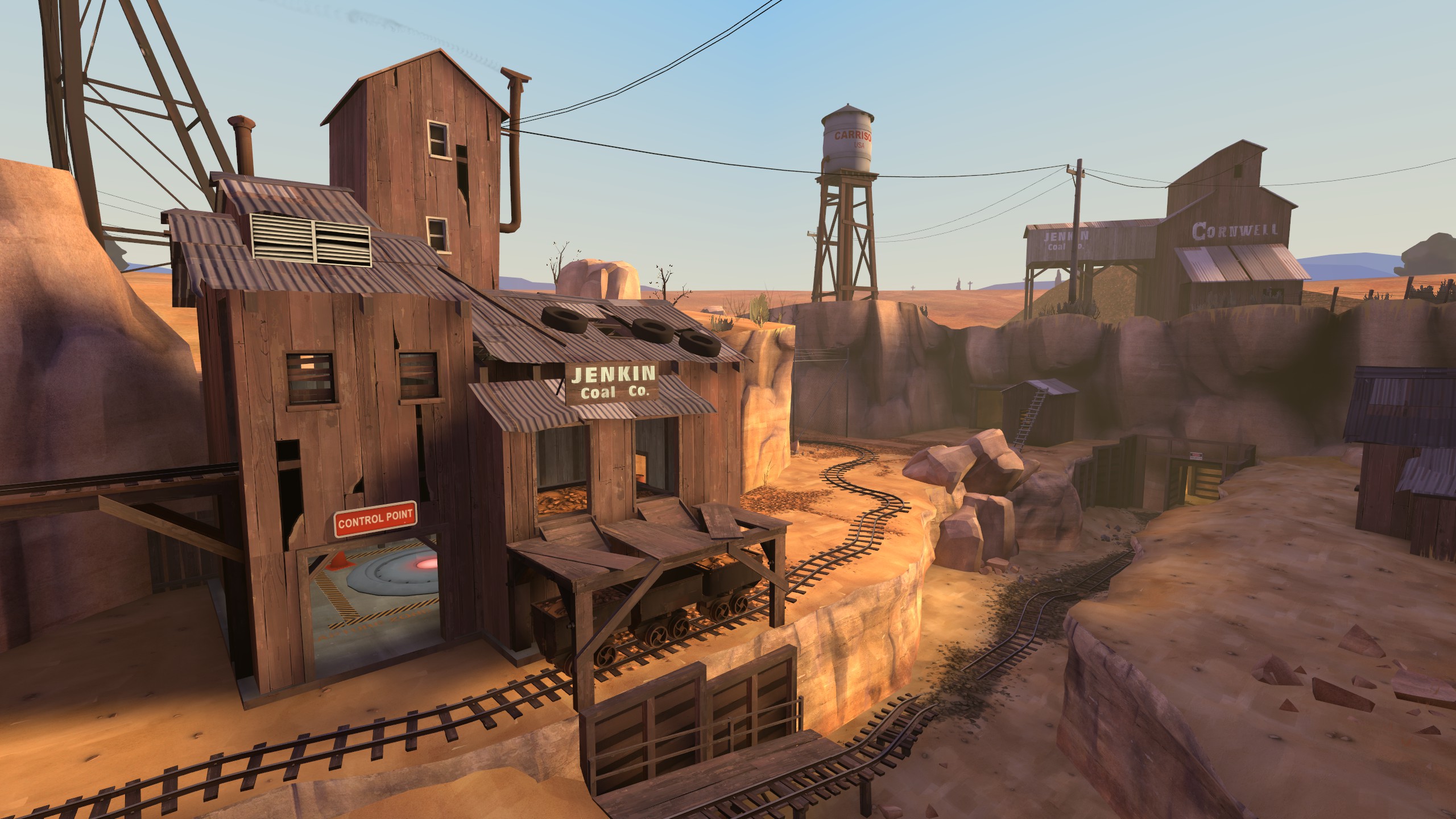 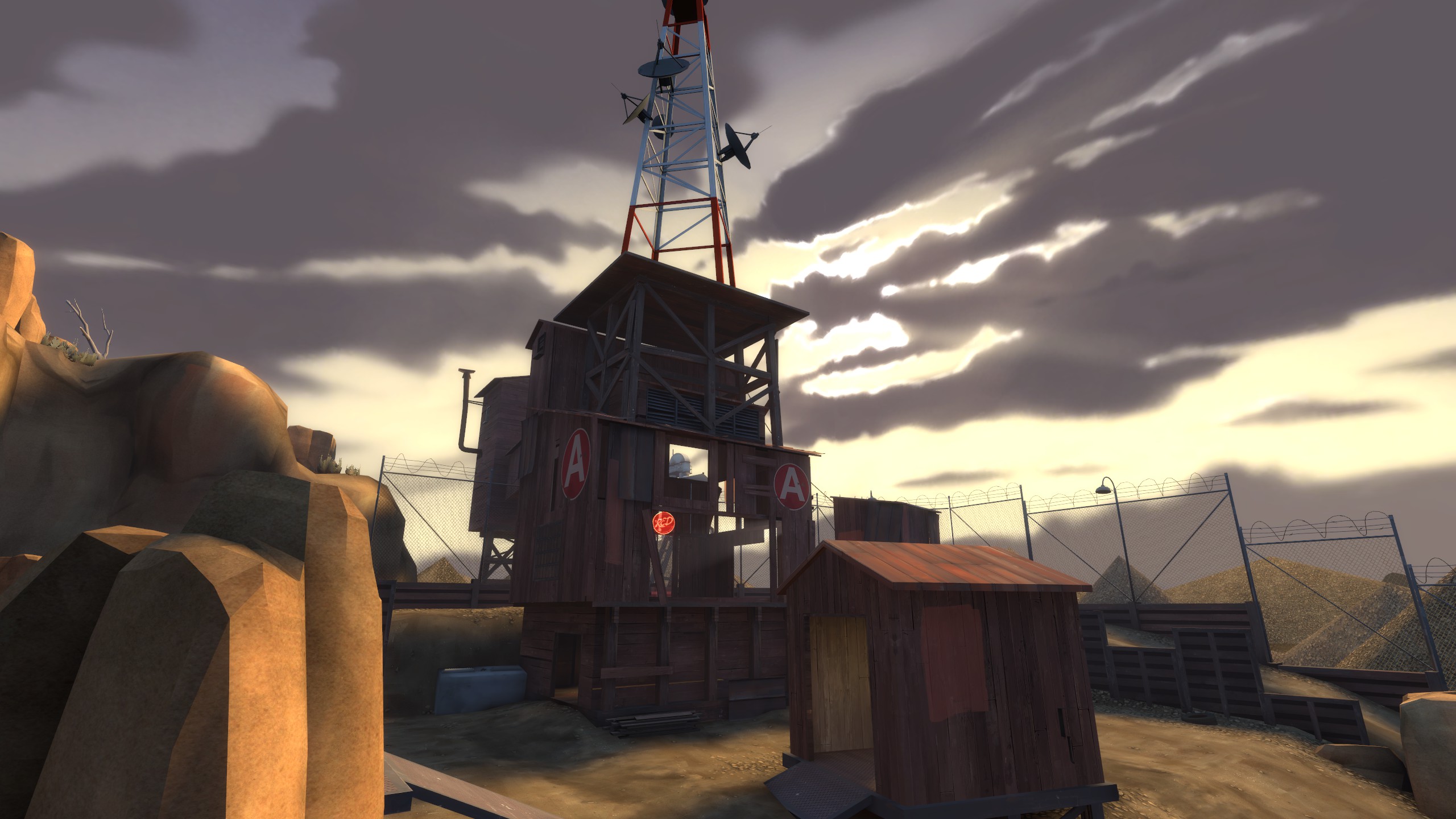 The first payload mirrored map and possibly the best known mirrored map of them all, mirrored Badwater. Also updated with bug fixes and improvments in 2019. 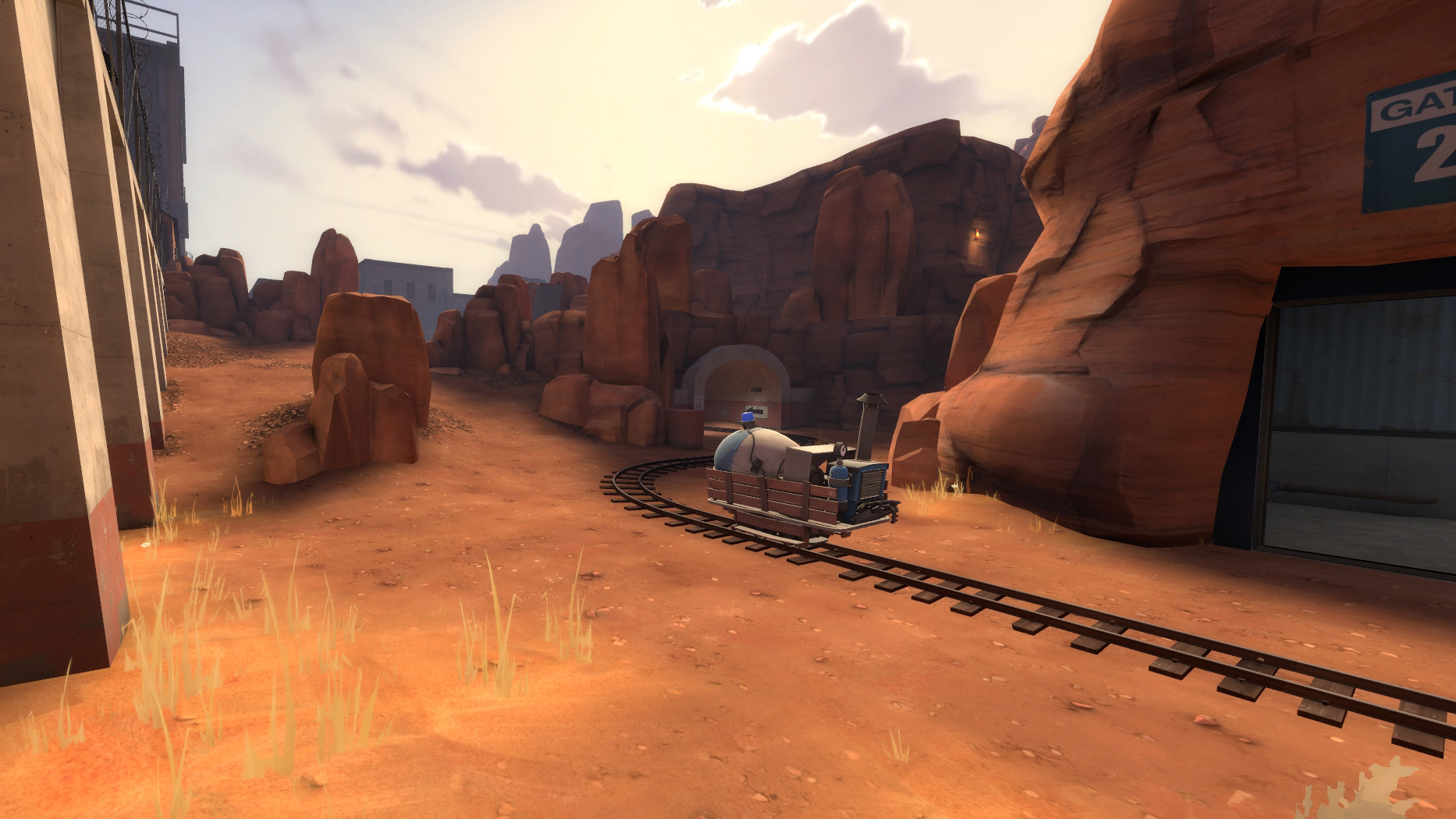 ABOUT US
Khuntza.net is the personal portfolio of Jeremy 'Khuntza' Gilchrist.
Contact us: jeremy.gilchrist@outlook.com
FOLLOW US
© Copyright 2021 - Jeremy Gilchrist - Khuntza.net